Did you know that 5.5 million Americans suffer from Alzheimer’s? They’re just a part of the 44 million people across the world who deal with the debilitating disease. Effects include memory loss, cognitive erosion, and, ultimately, death. But they don’t only impact those diagnosed with Alzheimer’s. Family and friends also play an active role in helping people with Alzheimer’s. These caregivers make a dramatic difference in the lives of patients managing their symptoms.

Larry and Ziggy are back to raise awareness about the disease on National Alzheimer’s day. In today’s episode, they highlight the importance of caregivers. Although often forgotten, caregivers are essential to help people with Alzheimer’s make critical medical, legal, and social decisions. Examples include doctor visits, drug regimens, insurance payments, and assisted living. Such choices are challenging, importantly when the lives of loved ones are at stake.

In this episode, we hear from Ron and Terri, whose father has lived with Alzheimer’s for the past nine years. Their story sheds light on the difficult decisions and daily experiences of caregivers. 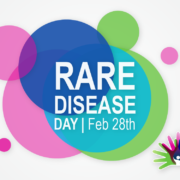 You have a voice at Design Science!

Preparing for Emergencies with AED and CPR Training
Scroll to top